“A new federal rule, due for implementation in June, that would eliminate the need for truck drivers to carry their medical cards has been delayed for three years due to a hack of the registry of certified medical examiners in December.

In an April 26 announcement, the Federal Motor Carrier Safety Administration said that the  Medical Examiner’s Certification Integration final rule, due to go into effect June 22, will not require compliance until June 22, 2021.

The national registry, down for more than four months, is “dependent upon the implementation of information technology infrastructure that will not be available on June 22,” the agency said. 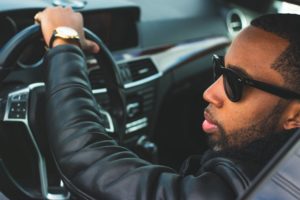 However. FMCSA said that at the final rule compliance date draws nearer, it has “reluctantly concluded” that it will not be able to electronically transmit medical examiner certification information from the registry to the state licensing agencies, nor will the licensing agencies be able to electronically receive medical certification information from the national registry for posting to their CDL information system driver record.

“For this reason, FMSCA anticipates extending the compliance dates to June 22, 2021,” FMSCA said.

Despite the delay, the agency said that beginning June 2, certified medical examiners still will be required to report results of all completed CMV drivers’ medical examinations to FMCSA (and those where the driver was found not to be qualified) by midnight of the next calendar day after examination, but must continue issuing the original medical certification to qualified drivers.

The agency is seeking public comment on the posting, due for publication in the April 27 Federal Register, for 60 days.

Although the online registry remains down, FMCSA said earlier this month that health care professionals still can get listed on the registry and that a static look-up function allows licensing agencies and employers to check the validity of medical cards.

The agency has yet to identify the nature of the registry breach, nor has it predicted when the registry might return to functionality.

“FMCSA is ensuring the stability of the National Registry site, the security of the data, and the privacy of drivers and medical examiners,” agency spokeswoman Sharon Worthy said in a statement earlier this month. “This is of paramount concern.”
-Transport Topics, 2018